Octava’s flagship project is the East Pilbara Talga project, where exploration programs will primarily target lithium and gold. The Talga project covers an area of approximately 211km2 located 30km to the northwest of Marble Bar. Talga comprises eight granted Exploration Licences, of which Octava owns two tenements 100% and is farming into up to 80% of six tenements held by ASX listed First Au Limited (“FAU”). 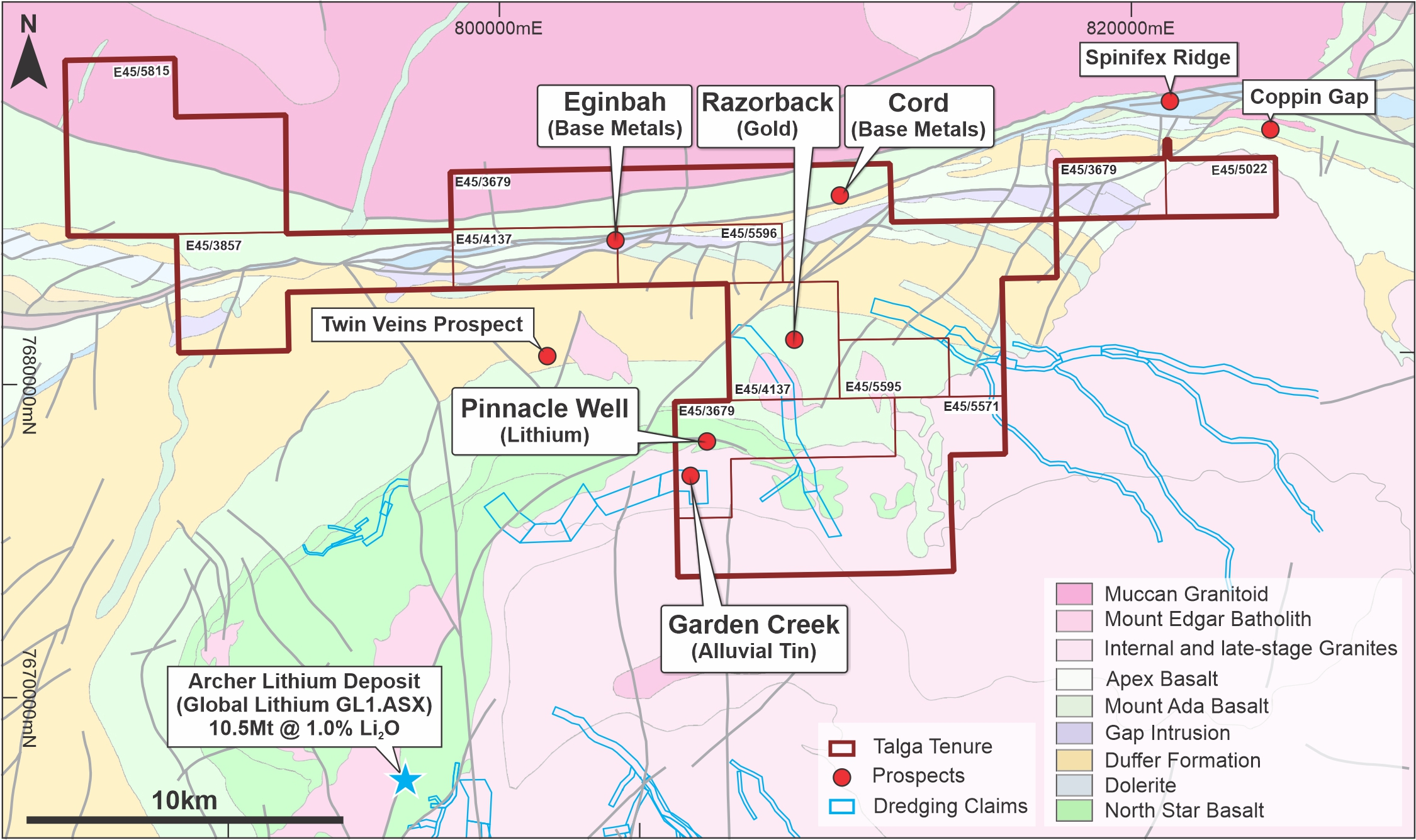 The Talga project holds the potential for the identification and discovery of LCT type (lithium-caesium tantalum) pegmatites. The project area lies 10km to the northeast of the recently identified Archer Lithium Deposit (10.5Mt @ 1.0% Li2O) and occupies a similar geological setting, margining the Mt Edgar Batholith and being proximal to the Mooyella Monzagranite and other late-stage granite intrusions. These late-stage granite intrusions are considered as the source intrusions to the lithium pegmatite mineralisation in the region.

Within the Talga project at the Pinnacle Well prospect, previous reconnaissance exploration has identified pegmatite within the southern part of the Talga tenements, with a rock chip returning an elevated lithium assay of 0.22% Li20. There has been minimal other lithium exploration work carried out.

The Talga project holds the potential for the location and discovery of orogenic lode gold deposits. The project covers one of the most prospective and mineralised Archaean greenstone terranes in the Pilbara. Both the Bamboo Creek gold deposits to the east and the Warrawoona gold mine development (Calidus Resources, ASX:CAI)) to the south are located within the same greenstone stratigraphy.

A number of gold targets have been identified and these have exhibited encouraging mineralisation. The Razorback gold prospect has recorded significant gold intersections from previous drilling but has only been drill tested over a distance of 700m of a 4km strike. A recent IP/Resistivity geophysics survey carried out over the Razorback gold prospect produced 11 significant anomalies, including 6 high priority targets  that are interpreted to coincide with gold mineralisation.